I grew up south of Chattanooga in a little neighborhood called Saint Elmo, just north of the Georgia border where Lookout Mountain crosses into Tennessee. After a failed attempt at college—sure, I graduated but my grades weren't anything to brag about—I rushed to the recruiter and signed my commission as an armor officer, to lead men into battle on chariots of steel. 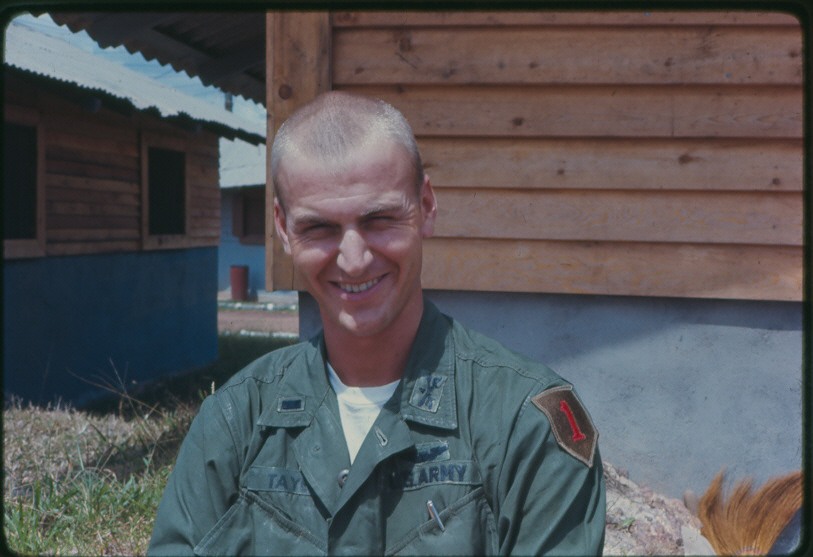 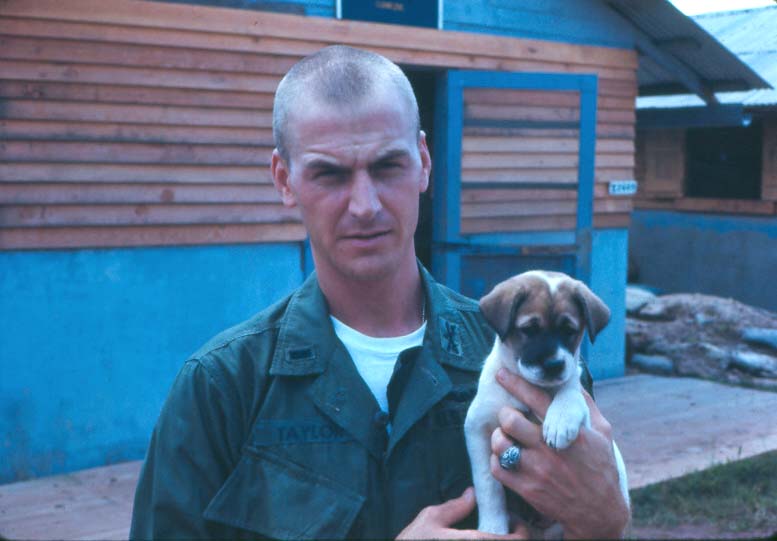 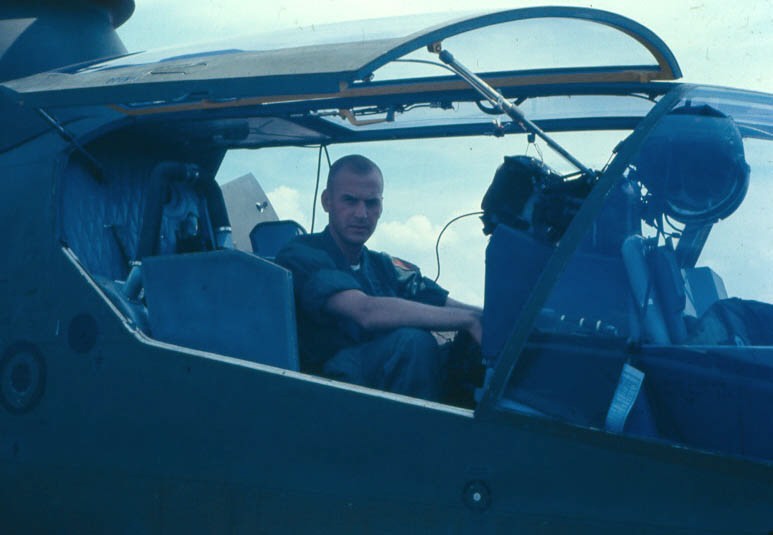 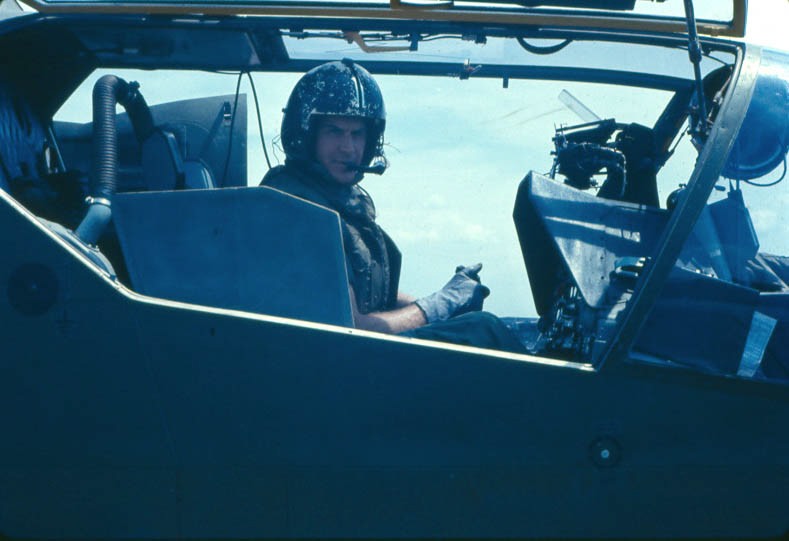 I know why I served.

From grandfather, great uncle, to father, I'd always known my duty.

I'd never been more proud as the day I swore my oath.

Not until I saved those boys' lives.

Not until I became the angel of death.

I grew up south of Chattanooga in a little neighborhood called Saint Elmo, just north of the Georgia border where Lookout Mountain crosses into Tennessee. After a failed attempt at college—sure, I graduated but my grades weren't anything to brag about—I rushed to the recruiter and signed my commission as an armor officer, to lead men into battle on chariots of steel. I'd always known I'd join the military. My granddaddy fought in the Civil War, my great uncle in WWI, and my dad and uncles in WWII. I didn't have to be drafted to fight in Vietnam. It was the honor of my life.

Once I got to armor school, I realized I'd made a mistake as my heart yearned for the clouds. I had my fixed-wing pilot's license, and I figured a helicopter couldn't be too difficult. My orders came down—ranger, jump school, helicopter pilot. Well...somehow I managed to lose those papers for jump and ranger school.

There’s not much to say about helicopter school, other than it was harder than I thought. Knowing how to fly a fixed wing hadn't helped much—if anything, the old habits it made learning the helicopter a little harder—but as soon as I found the hover button, boy did my life change. I couldn't wait to get to Vietnam.

There were nine brand new Cobra attack helicopters waiting for us when I arrived at 1-4 CAV in Bien Hoa. We ran those things into the ground, supporting 1st Infantry Division's Long-Range Reconnaissance Patrols (LRRP's). Those boys wouldn't be out fifteen minutes before the Viet Cong surrounded them. The electromagnetic indicators we had in the Cobras showed us the direction of the LRRP team, and as fast as that aircraft flew, it didn't take long to reach them; the indicators didn't show us how to get back to base, which led to a lot of funny stories...and too many horrible ones for the Huey pilots. Not everyone who was lost made it back.

I don't know if it was some spiritual connection or the fact that we shared a bond of brotherhood I've never seen anywhere else, but whenever I came in rocking my minigun...I swear I could feel the LRRP team's relief. I was their savior. But to the enemy, I was the angel of death, come to collect their souls.

The call that changed my life came at around 2100.

Higher up had sent four LRRP teams to reconnoiter a small village. I'd known it was a doomed mission from the start, and told my CO as much, but the higher echelons of combat rarely listen to the guys pulling the triggers.

Chatter over the net crackled and screeched but the words came as clear as the desperation in the voice—We're surrounded!

My heart pounded and I had to clench my fists to keep them from shaking. I'd flown over two thousand missions, saved LRRP teams on hundreds of different occasions, but this time felt different. My copilot had drawn silent and focused after hearing the call, and he carried the same urgency that resonated in every booted step. I cursed the number of buttons and switches as I moved through the same sequence I'd done countless times before to get my Cobra started. Lights flickered to life with an electric humm as beeps and buzzes sounded through the helmet. The turbine engine whirred and the blades swatted the air.

Lights, gauges, everything in check.

"Hold on," I warned my copilot as I increased the throttle. The turbines screamed to life and I pulled on the collective. My stomach fell to my feet as we climbed into the sky.

Thinking back, I don't think it took that long to reach them, and as fast as those Cobras were, they wouldn't go fast enough that night.

We found the LRRP team in the middle of a rice paddy larger than a football stadium, surrounded by a reinforced company of North Vietnamese. We flew around that rice patty for what seemed like providing cover while the LRRP team repositioned for extraction. I heard the plink of enemy bullets as they found their mark on my Cobra and returned in kind. No one shot at me twice. No one ever shot at a Cobra twice. Miniguns ripped the air with a stream of lead and rockets smashed the ground with explosive death, but the enemy refused to surrender with their prey so close.

The enemy retreated to a small village where they could suppress the LRRP team and gave them cover from the Cobras. I called in illumination rounds that cast a portentous glow over the battleground, then asked when the hell the extraction would get there.

Stand by, they'd told me.

"I need those damn Hueys," I told them, wishing my ammo gauge had another zero after the 110. "I don't care how many helos are down, get that extract here now!"

More bullets plinked against the hull. A few more squeezes on the trigger and I'd be a flying chunk of metal.

We're pinned down, get us out!

"Roger, they're working on it," I told them.

"Not on my watch!" I said, drawing enemy fire even as I exposed their positions. There were still too many. I radioed higher but they were about as helpful as tits on a boar.

"I'm going to extract them myself."

"What the hell are you waiting for?" I said. "Either get me a Huey, or I'm extracting them."

The area is too hot, the team needs to move two clicks southwest.

"What part of 'they're surrounded' don't you understand?" I replied. "Forget it. I'm getting my men out."

I switched the radio channel back to the LRRP team. "You guys still have your claymores?"

"I only got enough rounds for a quick pass," I said. "Set up them claymores, aim them toward the village, blow them after I make my pass, then sit tight. I'll come find you."

One hundred and ten rounds from a minigun sounds like a small burp, but the explosion from a few claymores will rock the dust off a shelf from a hundred yards away. Or shred a village. We burned that damn thing to the ground.

I almost landed on top of the LRRP team. Two jumped on the rocket pods while two clung to the skids, the warm glow of fire on our backs as we headed back to base.

I'd flown thousands of missions in Vietnam and saved countless lives. But none had meant so much to me as the four I'd saved that night, for life had never become so sweet as the night I became the angel of death…no man left behind.