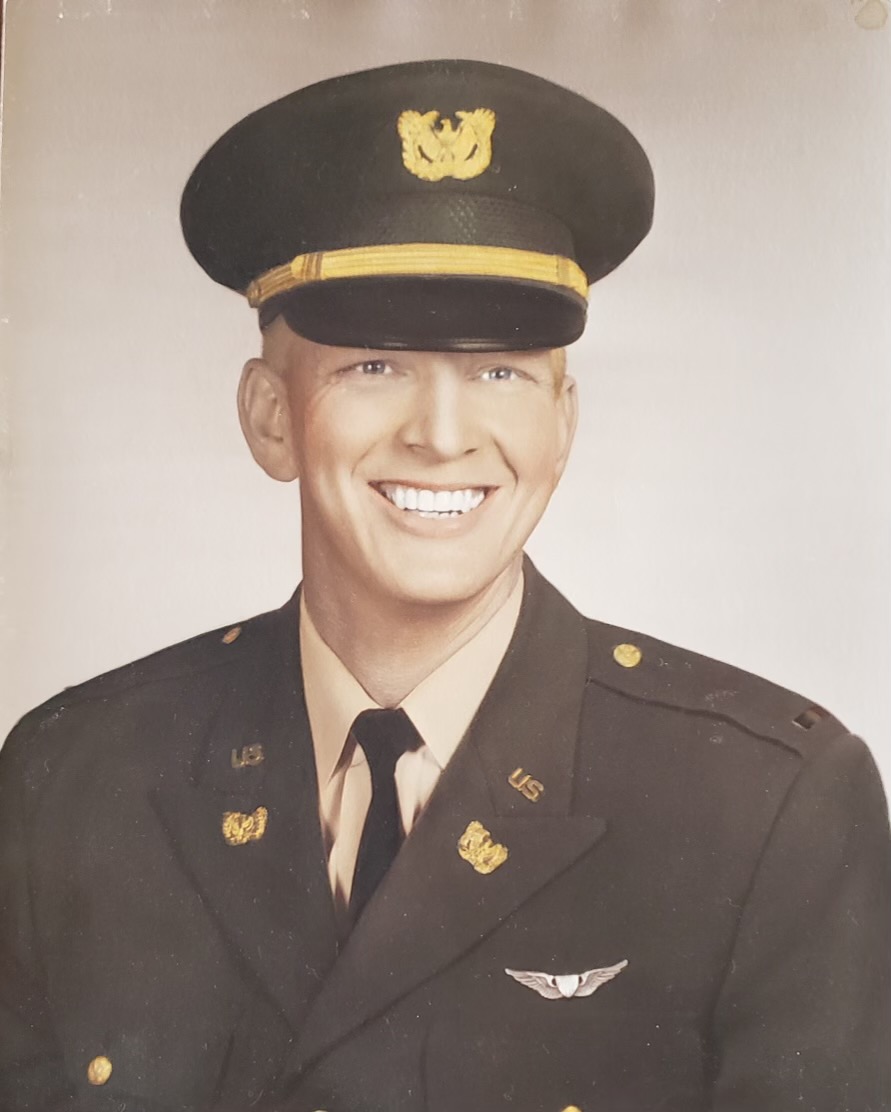 In 1966 Dave Nash was 26 years old and working at KZTV in Corpus Christi, Texas when he received his draft notice.  He served three years in Germany with the Military Police. After achieving the rank of sergeant, he put in for flight school and became a Warrant Officer and a Cobra helicopter pilot. He arrived in Vietnam on March 3rd and was shot down on April 3rd, May 3rd, and June 3rd.  He survived six crashes. In the last crash he suffered multiple compression fractures of the spine and spent three years in the hospital system.  He returned home a decorated hero and became an award-winning disc jockey, a beloved voice of Texas radio.

In 2020 Dave joined Freedom Sings USA and shared his remarkable story and his loving heart with our National class. Every week after another veteran shares their nightmares of war we would always turn to Dave fora joke or a funny story that would dry the tears and lighten the load… you will be sorely missed my friend!!