Airman Sidney Wiseman: The story of how we met a 100 year old WWII Veteran

Retired U.S. Army Captain Douglas Long describes working with Freedom Sings USA on his own song and healing. Captain Long also connected us with WWII veteran Airman Sidney Wiseman whose story we also wrote into a song which was presented to Wiseman on his birthday, July 17th.

The story of how we met a 100 year old WWII Veteran:

My name is Douglas Long. I retired as a Captain from the U.S. Army of 13 years due to injuries sustained from an Improvised Explosive Device while serving overseas in Afghanistan. I served from July 25th, 2000 to July 25th 2013.

‍
A good friend of mine, Jennifer Washabaugh introduced me to Freedom Sings USA and I started attending their Zoom meetings March of 2021. Don Goodman, Steve Dean, and combat veterans helped me turn my military experiences into a song in which has helped me better deal with my Post-traumatic Stress Disorder (PTSD). Now I am attending these Zoom meetings regularly to help other veterans turn their stories into songs so they can better deal with their PTSD.
‍

In May of 2021 I had an appointment with my therapist at the VA. During that visit I began talking about the Freedom Sings USA organization and how they helped me write a song about my own experiences while serving in the military and how it has helped me with my PTSD. I further explained that this is done by veterans inviting other veterans to the meetings. I also explained that this was for all veterans of any war, not just recent wars and this is where she started telling me about Mr. Sidney Wiseman.
‍

She went on to explain that Mr. Wiseman was a WWII veteran in a nursing home nearby and that he was 100 years old. She said he was a pretty sharp fellow and that she believed he could tell us his story and asked if we could visit him to see if we could turn his story into a song.
‍

I contacted Freedom Sings USA to inform them of this opportunity and Don Goodman said he would love to interview Mr. Wiseman and turn his story into a song. I soon contacted the nursing home activities director and received permission to visit Mr. Wiseman. On June 4th, 2021, Jennifer Washabaugh and I met at the nursing home to meet Mr. Wiseman and set up a Zoom meeting with Don Goodman. The meeting went great! Mr. Wiseman was able to tell us about where he grew up, how he joined the Air Force, his service during WWII and about his dear wife Helen and daughter Debbie. It was a great experience!
‍

Mr. Goodman and Steve Dean went to work quickly on turning Mr. Wiseman’s story into a song. On July 17th, 2021 which happened to be Mr. Wiseman’s birthday, we presented him his song. We set up a computer with external speakers to play the song and presented him a copy of the lyrics in a frame to set next to his bed. As you can tell from the pictures, Mr. Wiseman was extremely happy with his song! 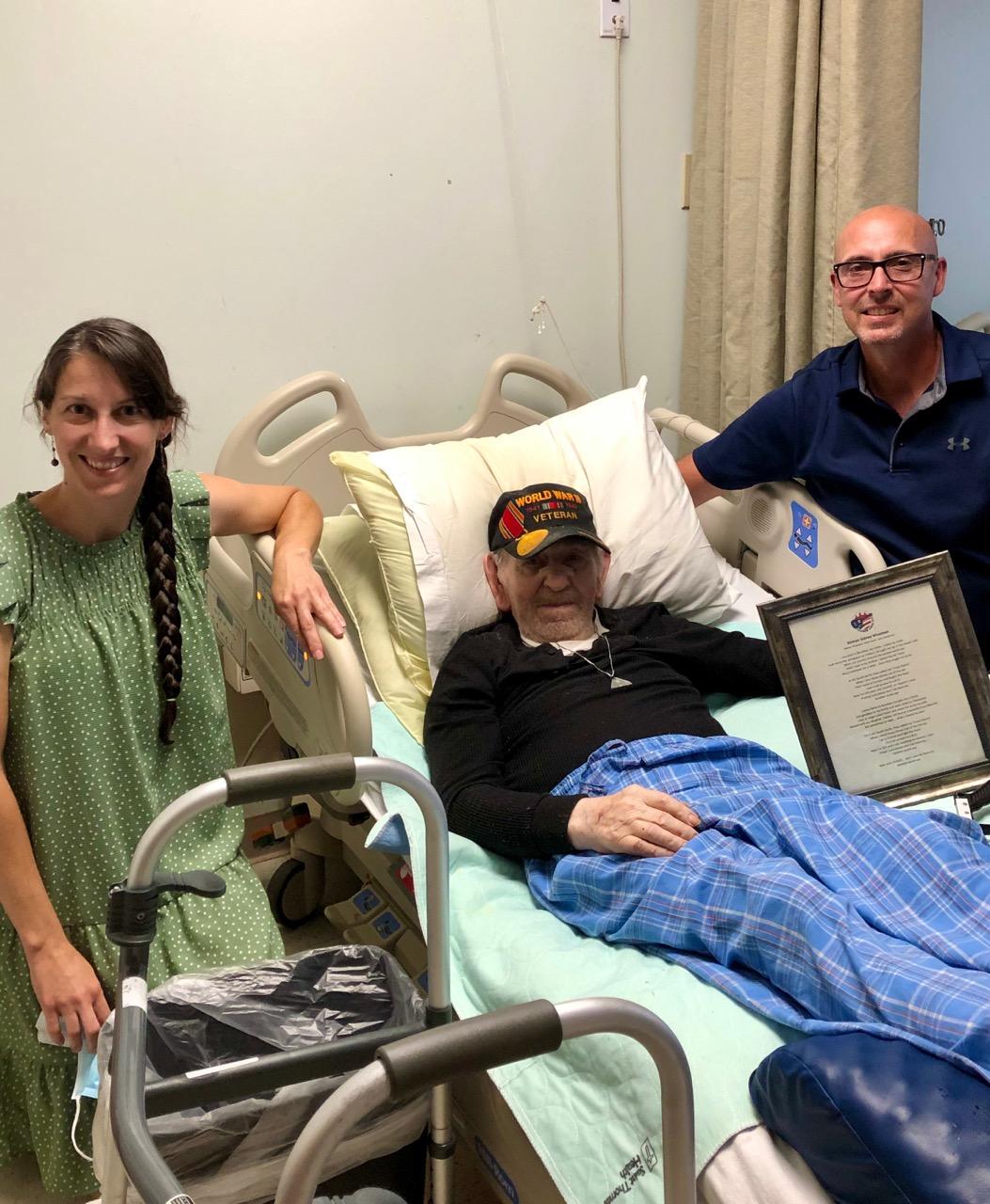